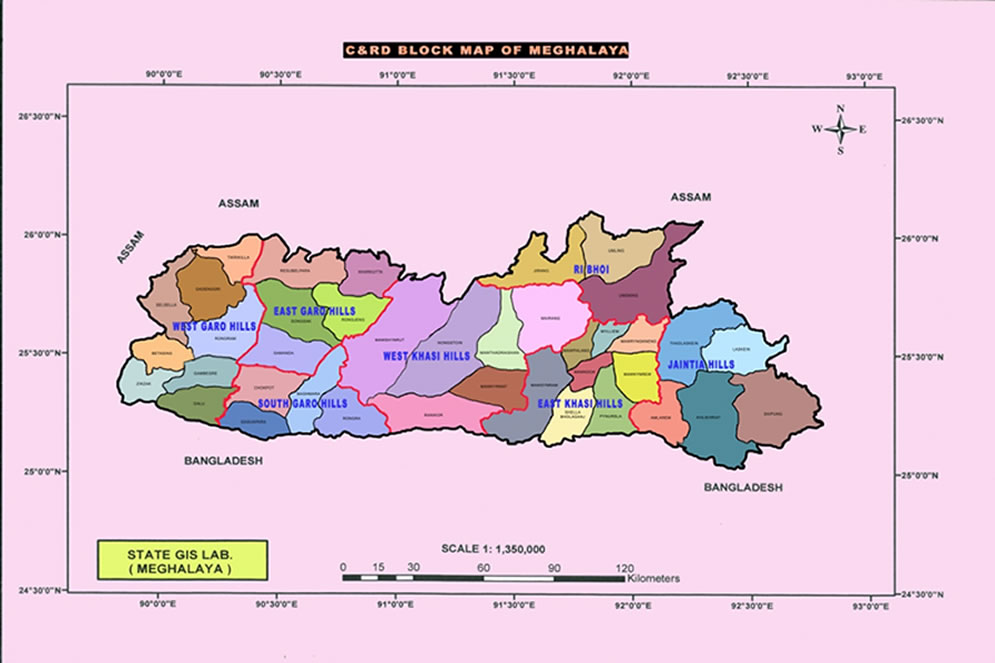 Meghalaya emerged as a full-fledged State on 21st January 1972within the Union of India. It is tucked in the North East of India, covering an area of 22,489 sq.km. The State lies within 25*1 and 26*5 North latitudes and 85*49 and 92*52 East Longitudes. The temperature range is approximately 2 to 36 degree centigrade depending upon the altitude ranging between 300 mts above mean sea level (MSL) to 2000 mts above MSL. Meghalaya is amongst the highest rainfall areas in the world with an annual average rainfall of 11,000 mm during the period of 1980-91.

The economy of Meghalaya is basically agrarian as it is rural based with Agriculture playing a predominant role in the state’s economy. Since, 81% of the state’s population depends on Agriculture and Horticulture, employment and income generation also depends to a great extent on both.

The total land area is 22,42,900 hectares. Forest covers about 9,44,108 hectares. The whole state is a hilly region; the rivers are perennial in nature with a large number of rapid streams and rivulets, joining the rivers. Meghalaya comes within the Eastern Himalayas Region (Zone II), which shaped the development in social, economic, and political and communication of the rural economy.

Meghalaya has a monsoon type of climate but with wide variation depending upon altitude and physiographic difference of landmass. While the Shillong plateau (600-2000 mm) has a bracing climate verging towards the temperate type, the lower regions adjoining the Surma and Brahmaputra Valley (100-300m) have a tropical climate.